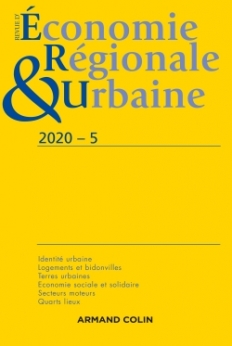 Land development triggers a social debate in France, as in Europe, opposing, on the one hand, the preservation of agriculture and of the environment and, on the other hand, the needs for dwellings and offices, shops, and factories. Our contribution relates to spatial determinants of this question. We use a new database gathering tax files data (2009-2017), operated by CEREMA, the French Administration in charge of the management of this database. It provides data at the geographic level of the 33,872 French municipalities included in the study. We observe that urban land conversion is very unevenly distributed in space. To analyze the determinants of this distribution, an econometric model is estimated by the method of instrumental variables that takes into account the endogeneity of some variables. As predicted by geographical economics theory, the results show the key role of agglomeration forces in the urban conversion of undeveloped land: the more population and the higher the productivity, the more conversions. Urbanization consumes land especially in the largest urban areas of the country, especially since they are large, and the location is close to the urban center. Urbanization operates more by development on new plots in metropolitan areas, where land resources are scarce and expensive. These results show that the urban conversion of land have to be managed at a local level: on the one hand, the metropolization mechanisms create jobs and lead to increases in income; on the other hand, non-metropolitan areas have low needs for urbanization. Other geographic variables, related to the « first Nature » of Krugman analysis, such as the shoreline, or other amenities, such as climate, contribute to increased urban land conversions.