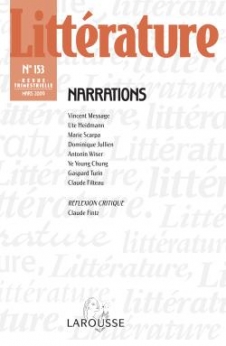 Derived from the Arabian Nights where the Caliph Haroun Al-Rashid enjoys dressing Arabian Nights where the Caliph Haroun Al-Rashid enjoys dressing up as a merchant and going off into the streets of Baghdad in search of adventures and wrongs to right, the motif of the prince in disguise in the 19th century popular novel is used as a model for a counterpower, which subverts existing institutions. Moved by the people’s misery and determined to compensate personally for social injustice, Prince Rudolph of Gerolstein, the hero of Eugène Sue’s Mysteries of Paris, dons worker’s clothes to go incognito into the inner city slums of Paris. In Dumas’s novels, a prince disguised as a worker (Salvator, aka prince Conrad of Valgeneuse, the hero of The Mohicans of Paris), or conversely a worker disguised as a prince (the count of Monte Cristo, aka the sailor Edmond Dantès) use disguise as a way to compensate for the failure of institutional justice. Monte-Cristo, the Oriental prince in disguise, boasts that he has his own justice, and he makes use of official institutions (the Chamber of Deputies, the Stock Exchange, etc.), in order to visit his own private vengeance against the powerful characters who wronged him in his youth. Because official power and institutional justice are profoundly corrupt, only a disguised hero can hope to unmask the impostors in power. In The Mohicans of Paris, by using disguise and theatre, which multiply the centres of counter-power, Salvator is able to subvert the powers that be and foment the Revolution of 1830, at the novel’s climax. By contrast, in the Mysteries of Paris, although the hero helps compensate for the inadequacy of the judiciary institutions (by punishing the criminals and rewarding the righteous) and for the inequalities of fortune, he does so without endangering the established power structures — without revolution. Indeed, the final scene of the “revolutionary carnival”, in which a mob in disguise attacks the hero’s coach, shows a starkly negative image of the revolution. In the serial novel, with its ambiguous political message, two conflicting types of disguise are confronted: the prince-in-disguise motif, which is on the side of social reformism rather than revolution, and the popular carnival, in which the masses, blurring the boundaries between playful disguise and political violence, have their own way of doing justice. Thus the motif of the hero in disguise encounters some of the major political and ideological questions that stir up the 19th century and find their way into the famous “debate of the serial novel”.